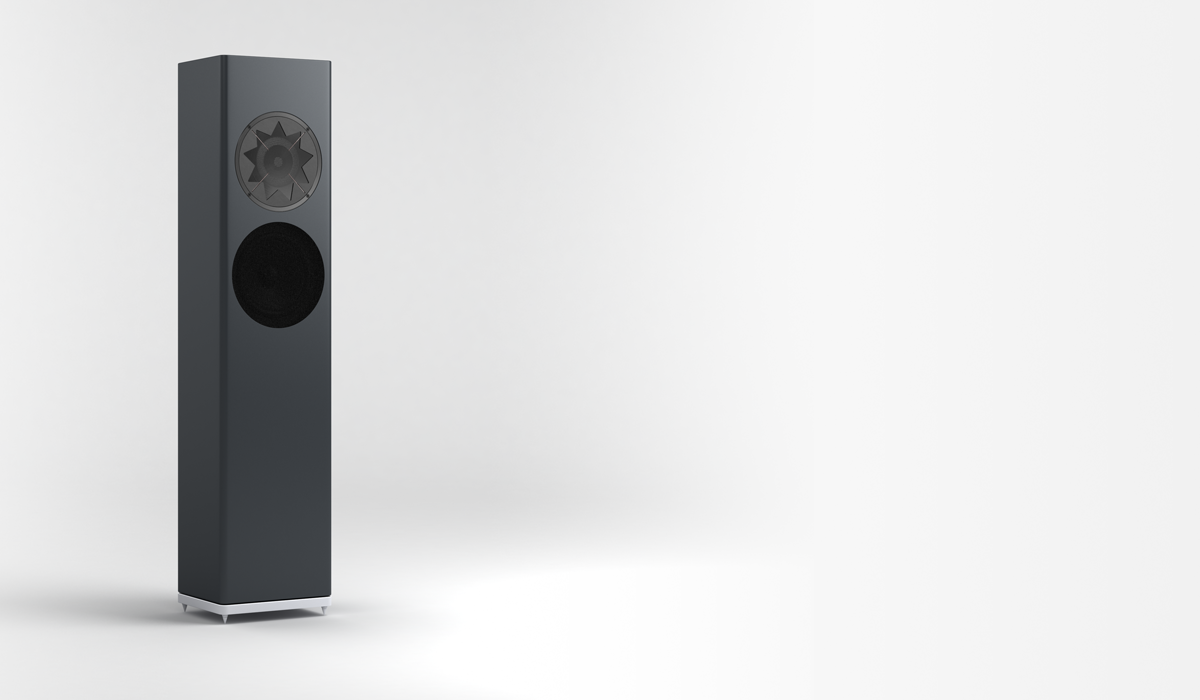 To distinguish the lively, fresh playing of a Stradivarius from the round, full element of a Guarneri violin - that is a challenge that conventional loudspeakers fail. The Manger p1, on the other hand, reveal precisely this objectivity to music lovers. With their breathtakingly natural timbres and their authentic reproduction, the p1 bring magical moments. 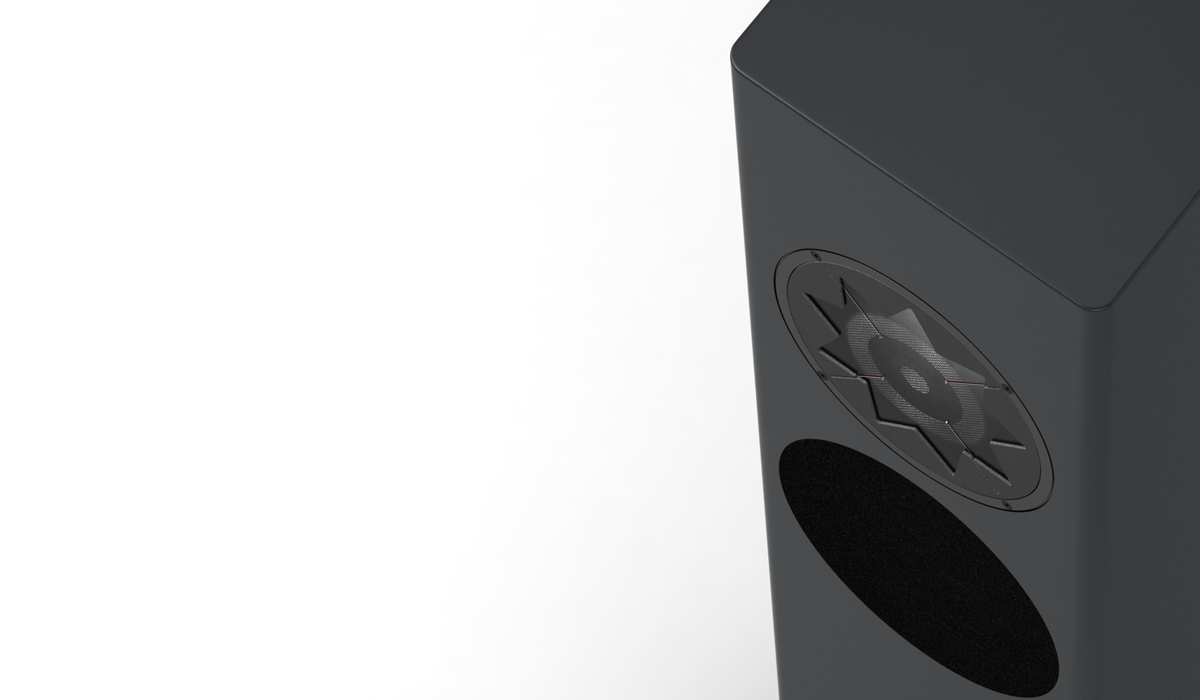 Fixed star in the loudspeaker universe

Already optically, the p1 differ from conventional loudspeakers. Instead of a conventional midrange and tweeter, a chassis is responsible for all frequencies from the lower midrange to the very highest tones - the star-shaped Manger sound transducer.
In addition to its bandwidth, the handcrafted Manger sound transducer impresses with its natural sound quality and the authentic reproduction, a basic requirement for faithfully reproducing the filigree string play of a violin or the temporal interplay of an orchestra. 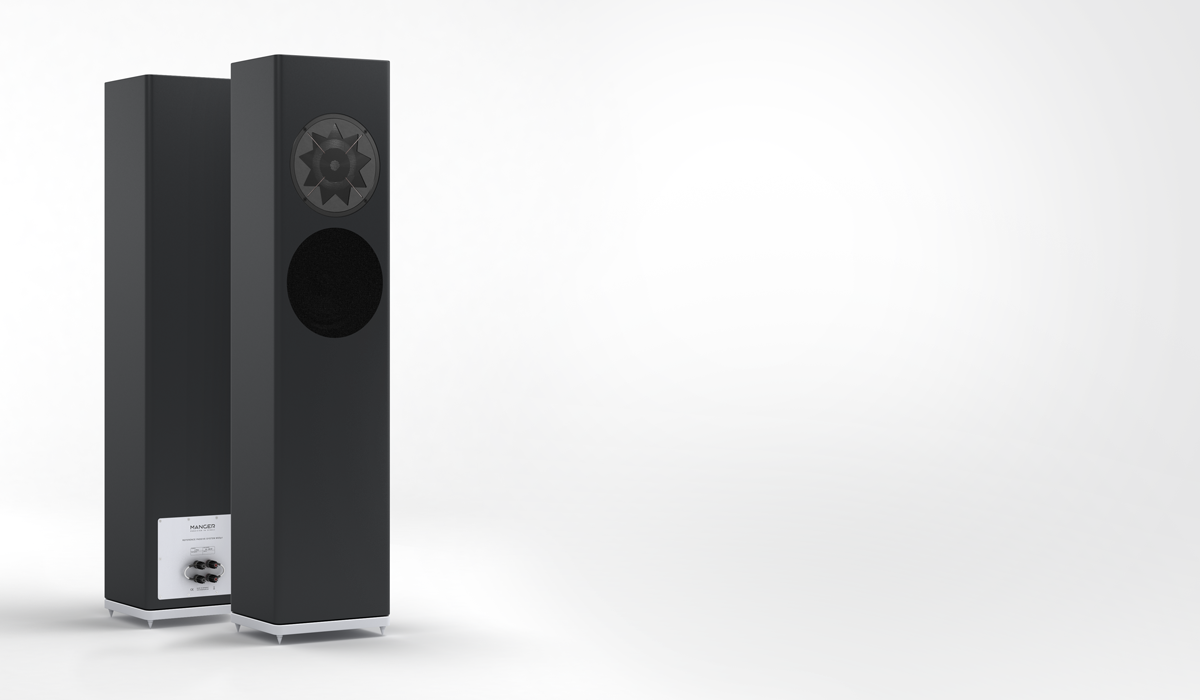 The housing of the p1, which is rounded on the outer edges, improves the radiation behavior and gives the sound systems an independent and at the same time unobtrusive appearance. Inside, struts ensure optimal working conditions, and housing resonances are nipped in the bud. Both the Manger sound transducer and the high-performance woofer, which reproduces the lowest octaves, each have their own compartment in the loudspeaker cabinet.
Sound-damaging interactions via the enclosed air volume are excluded due to the intelligent construction. 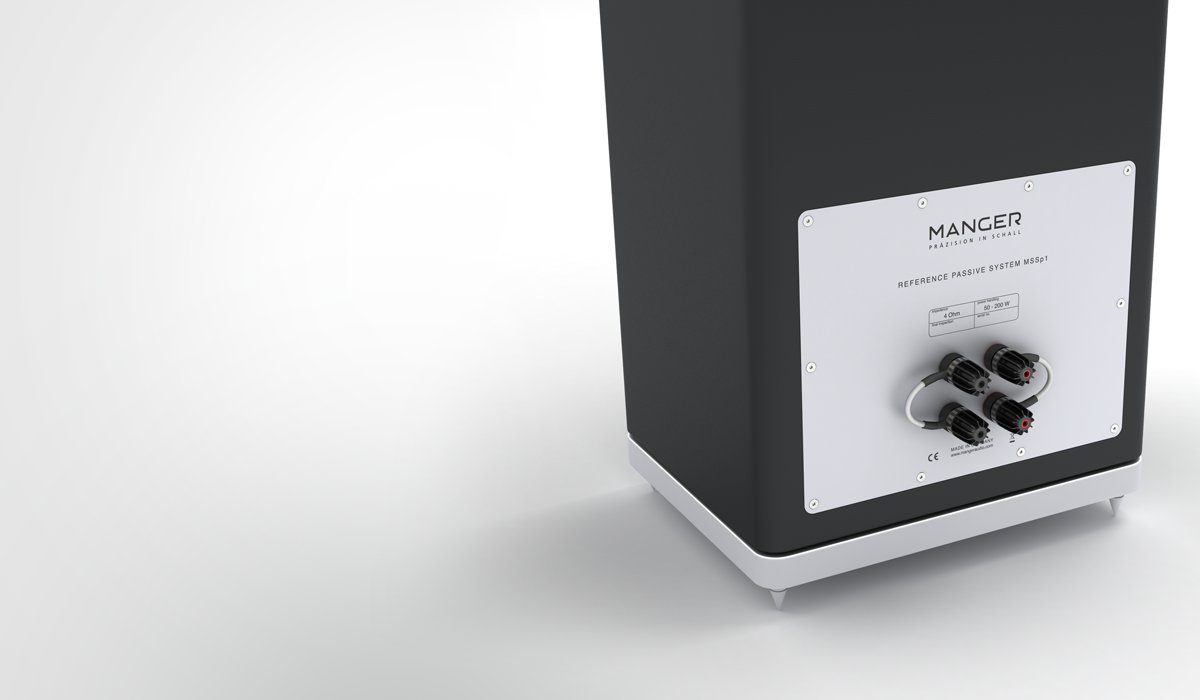 The best of the best

Quality down to the smallest element - this maxim runs like a red thread through the p1 - and all Manger loudspeakers. First-class components in the crossover guarantee maximum fidelity. Cross-section cables ensure loss-free signal transfer. The connection terminals, WBT nextgen™ speaker sockets, are of exquisite quality and easily accessible. Loudspeaker cables with banana plugs or cable lugs find permanent, secure contact. Last but not least, the chassis and the connection terminal are precisely embedded in the body via long-term stable threaded screws. Uncompromising quality that you can see, feel and hear. 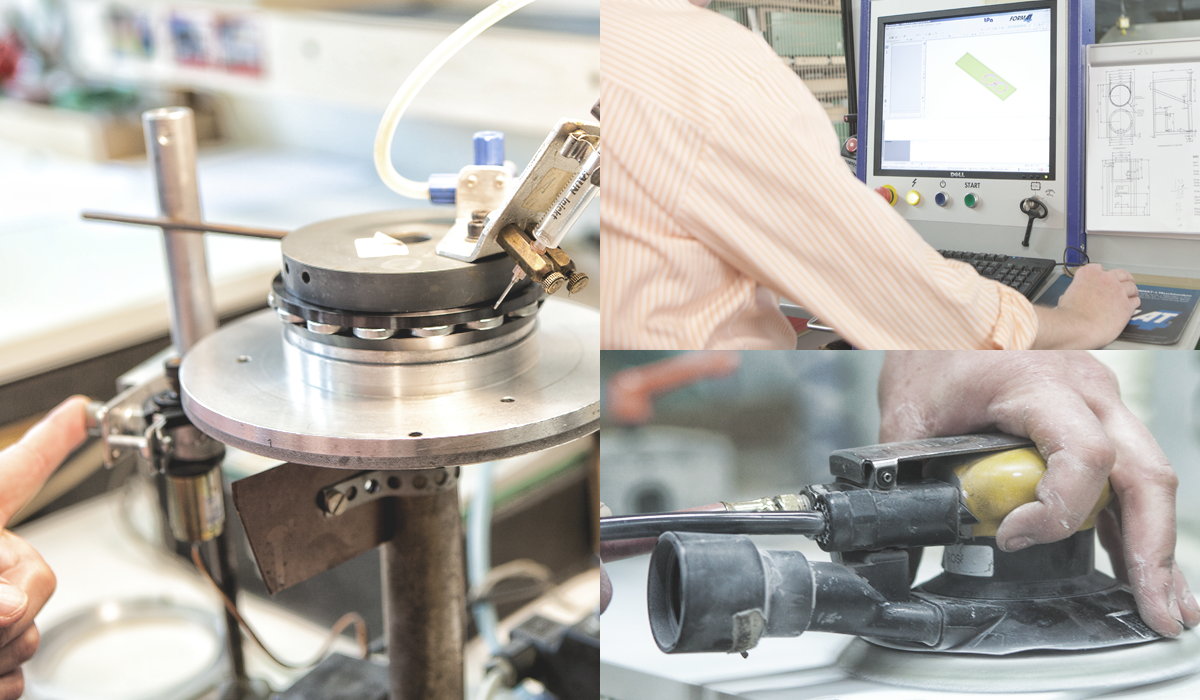 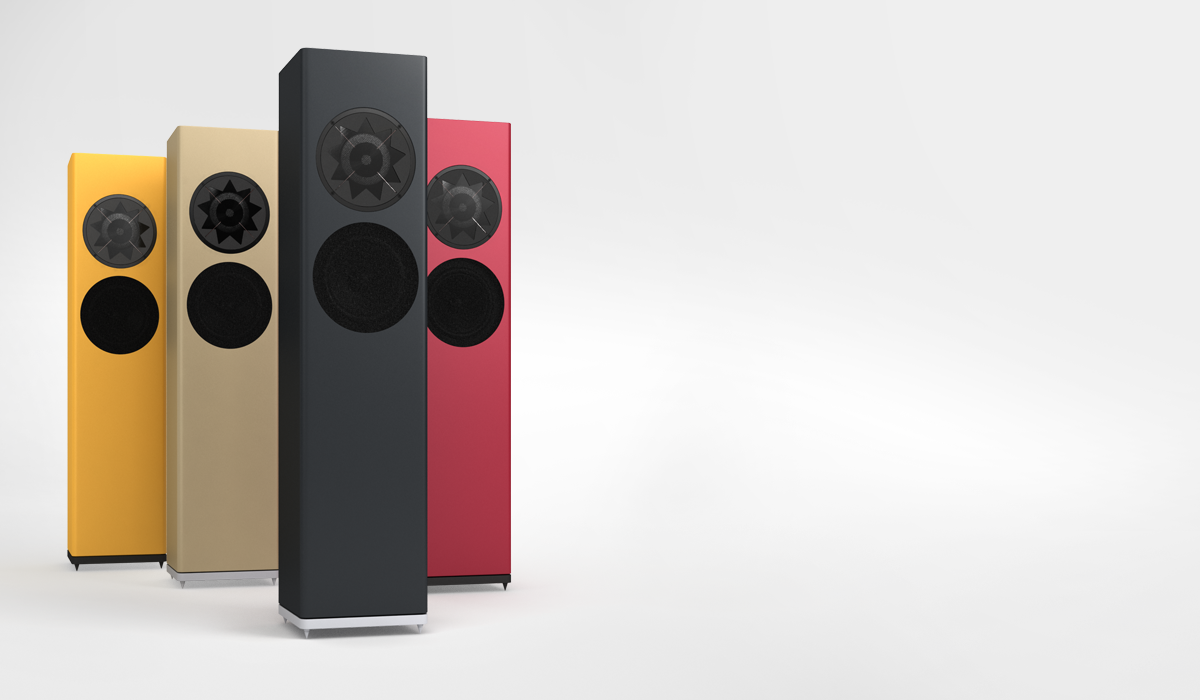 Loudspeakers are a family thing

Loudspeakers that do not fit into the living environment will always be foreign objects and will not find acceptance. That is why the design of a loudspeaker enjoys the same persistent attention at Manger as its technical development. Thanks to its timelessly simple shape and the variety of high-quality veneers and colors, the p1 can be perfectly adapted to the space and personal taste. 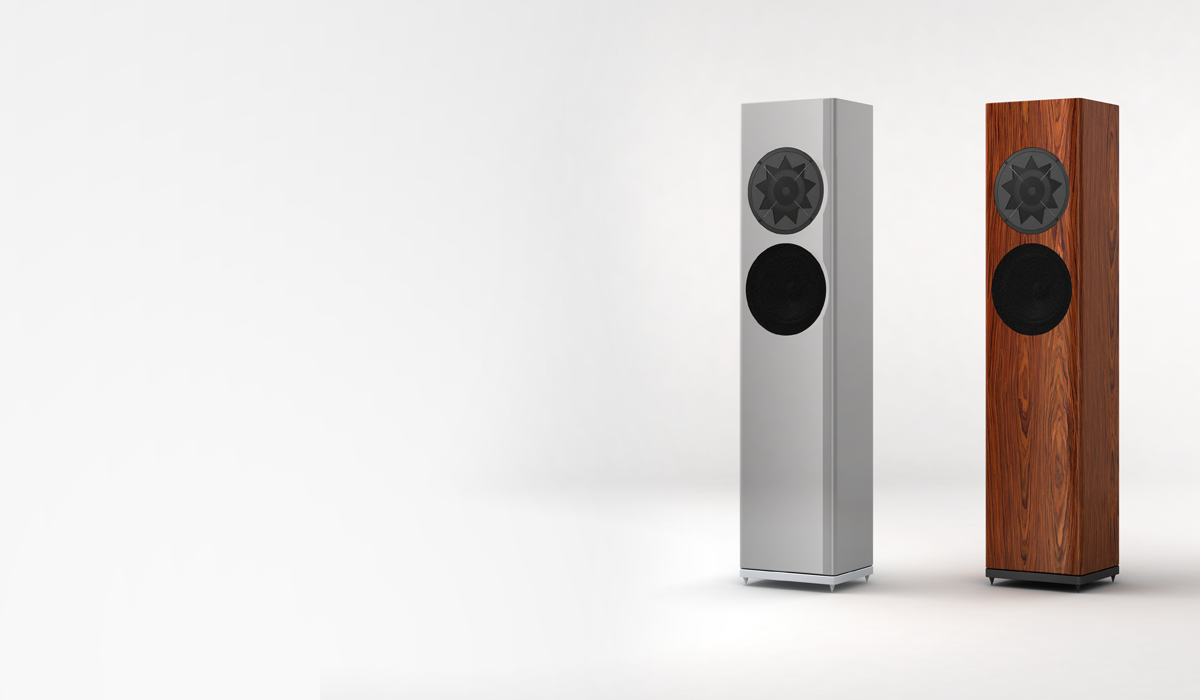 As a manufacturer, Manger can offer an almost unlimited variety of the finest veneers and color options, including the individual design of housing and base.
Ask us, we will be happy to advise you personally.
Below you will just find a small selection. 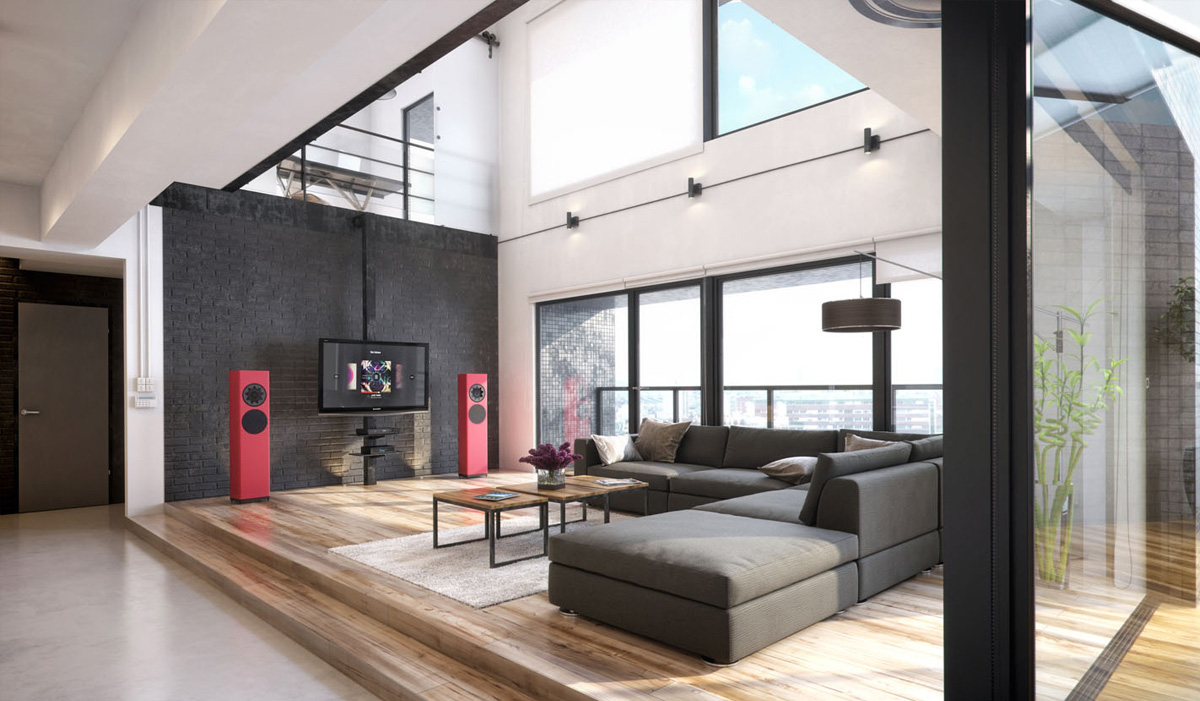 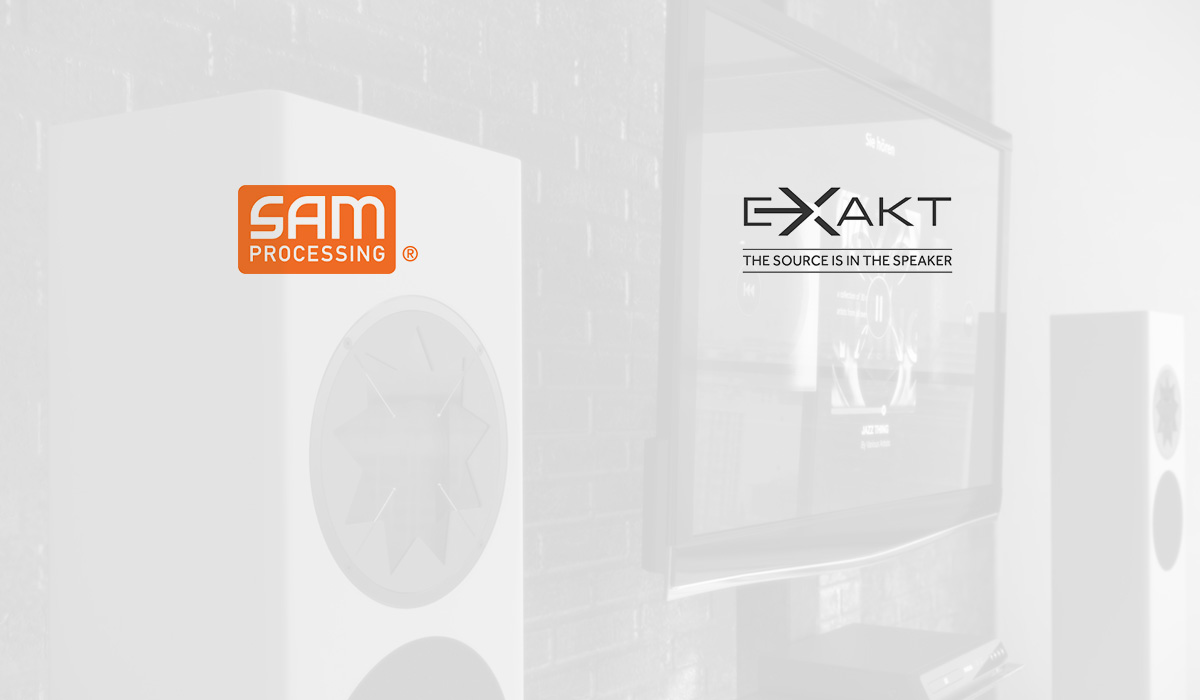 Plays perfectly with Devialet and Linn

To bring powerful technology to your passive Manger speaker, the p1 seamlessly works with both Linn’s Exakt and Devialet’s SAM Processing.
In combination with Linn Exakt, your passive speaker is enhanced with powerful software and performance features, becoming an active speaker.

The most resolved speaker!